THE MUSICAL BOX PERFORMS GENESIS | THE LAMB LIES DOWN ON BROADWAY

Prices include a 12% booking fee

Please refer to our Bag Policy HERE ahead of your visit. 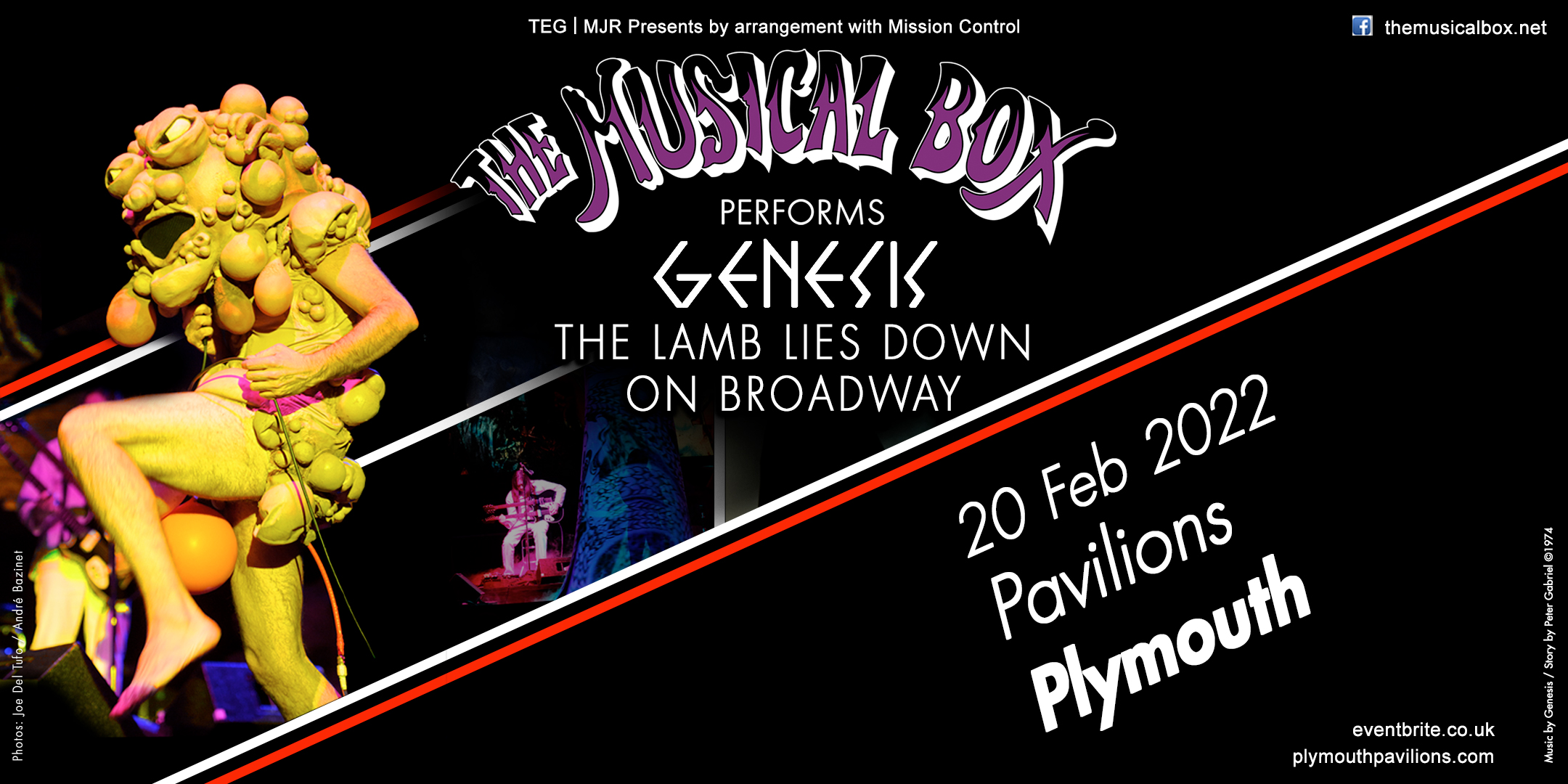 Please be assured that all tickets purchased from The Ticket Store for the show will be automatically transferred to the new show date.

And the Light dies down on Broadway”...

The greatest rock opera ever created, The Lamb lies down on Broadway, the final collaborative effort between the legendary Peter Gabriel and Genesis, is to be revived one last time... The end of an era.

The Musical Box, the only group in the world granted a licence from Peter Gabriel and Genesis, will recreate in its entirety, the original 1975 performance in painstaking details right down to the original slide show. One final chance to witness this unique live experience

Acclaimed for its historical re-enactment of early Genesis, The Musical Box has performed for more than a million spectators worldwide in some of the most prestigious venues such as the London Royal Albert Hall and the Paris Olympia. The Musical Box has the privilege of hosting Phil Collins as a performing guest. In its quest for authenticity, The Musical Box is cited as the best interpretation group in the world and the international reference for early Genesis

"They're not a tribute band, they have taken a period and are faithfully reproducing it in the same way that some one would do a theatrical production"- ​Phil Collins

"It was better than the real thing"- ​Mike Rutherford

Under 14 to be accompanied by an adult over 18 at all times.