Following the recent announcement from Number Ten we have had to review the events we were hoping to reopen our venue with in the coming weeks.

As a result, we are sad to announce that our Pavilions Introduces event on Saturday 17 July with double headliners HAUNT THE WOODS and THE NATIVE and special guests THE KAIZENS will no longer be going ahead.

Our apologies for any disappointment caused, after such a long period of closure we were really looking forward to reopening our doors with a cracking line up of local talent. Please continue to support these fantastic local acts; discover them, stream them and hopefully see them live on our stage at some point in the future.

Our thanks go out to all involved with organising this event. Take care and stay safe. Plymouth Pavilions

Please note that tickets purchased from The Ticket Store will be automatically refunded. 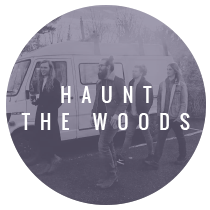 HAUNT THE WOODS Blending sounds from alternative, rock and pop, and channelling influences from the likes of Pink Floyd, Muse, Jeff Buckley and Radiohead, Haunt the Woods have crafted a distinctive sound, glistening with ambient swells and underpinned by expressive rhythms and masterly song writing. After turning heads with captivating live shows nationwide including sold-out performances at Carnglaze Caverns, The Old Blue Last and The Islington, and festivals such as Glastonbury, Boardmasters and Port Elliot; Jon, Phoenix, Olly and Jack released their debut album 'Opaque' in 2020 which saw significant radio airplay from Jo Whiley and Graham Norton and received rave reviews in Europe. 2021's fresh landscape brings new challenges, and a recently announced 13-date UK tour alongside Haunt the Woods' recording time at Middle Farm Studios promises innovation from an artist marked for lift off. 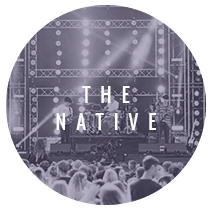 Having only burst on to the scene last year, Plymouth’s THE NATIVE continue to rise with their first new music of 2021, Lost On You . A bona fide indie smash, the single is accompanied by a lo-fi video documenting the band’s last few months in the studio, their hometown and beyond. “Lost On You is about holding out for a person who doesn’t like you back, knowing they’ll never feel the same” explain the band. “Due to ever changing restrictions we had to record at a few different locations, but it all came together in the end and we made a record we’re all really proud of”. The summer of 2020 marked the arrival of a young band who are not afraid to tackle heavy topics through their songwriting, whilst creating infectious indie anthems that have built The Native a formidable and loyal following already. Debut single Chasing Highs was inspired by the tragic passing of a local school girl after a drug overdose. Follow-up track Break Away represented the band’s uneasiness towards Brexit, whilst last year’s closer Frontline depicted the tale of an abusive relationship. A sense of lyrical melancholy is threaded throughout the band’s songwriting, whilst their soaring melodies, surging guitars and indie-rock integrity stand tall. The Native are already being championed by their local BBC Introducing and have picked up early support from the likes of Clash, EARMILK, and This Feeling who have tipped them for their ‘Big in 21’ series. This exciting, young band have taken the West Country and beyond by storm and are certainly one to watch this year with more releases in the pipeline for the Spring. 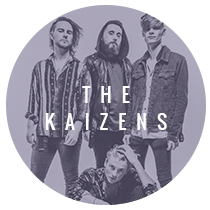 A blast of direct raw Indie Rock that’s as infectious as it is heartfelt. The sound of The Kaizens is instantly recognisable and has already seen them burst out of their hometown Torbay, with their sizeable ambition lining up the rest of the world in their sights. Their breadth and power becomes even more evident when on stage, where they’ve been hailed by fans and critics alike for sounding record-perfect in the live arena, but with a spine-tingling and raw delivery. Following the release of their four-track self-titled EP, The Kaizens original music received numerous air plays from radio stations all across the UK. They were also invited to perform a live session for BBC Introducing. "The Best bands in the world have both an intrinsic bond that binds them together, and a natural flair that instantly wins over hearts and minds." That’s exactly what you get in The Kaizens.

Parental Guidance 14+ This is a fully standing event. There will be no balcony tickets available.